Enemy Spawning System (ESS) is a simple and stable script for mission makers to spawn AI units on areas placed on map from editor.

- A lot of preloaded units classname from different Mods

- Activation when players are close to the spawning area (ESS zone)

- Particularly useful for patrolling units and inside buildings

- AI units patrol the area without exit from it

Create and name the spawning ESS areas on map from Editor.

Create initServer.sqf in mission folder and insert this string:

Open ESS_Call.sqf to define spawning parameters on each ESS area.

The system is activated automatically when the mission starts.

This ESS system is inspired to BangaBob's EOS system. I used my own scripts for spawning core, but I have maintained a simplified general configuration

of the very valid system that is the EOS. Thanks to BangaBob!

Tested in many MP missions on dedicated without any problems.

TIP: spawn of vehicles should be done in areas with no or limited presence of buildings and objects. A procedure is present in the script to select

a "safe" spawning position for vehicles (taken from findSafePos.sqf of EOS), in order to avoid their placing on buildings, trees, walls... but that's Arma!! and it is not excluded that on some

maps and conditions, spawining could interfer with objects on map with unpredictable consequences :-)

Special thanks to BangaBob for sharing his EOS system. This ESS system is inspired by that.

Special thanks to Shuko for sharing his SHK_pos - Random position generator system.

Special thanks to Zenophon for sharing his Infantry Occupy House system.

ESS is free for use. Wherever possible, please keep it as it is. Have fun with it.

- Added the possibility to have each light vehicle full of infantry units, specifying a chance value. 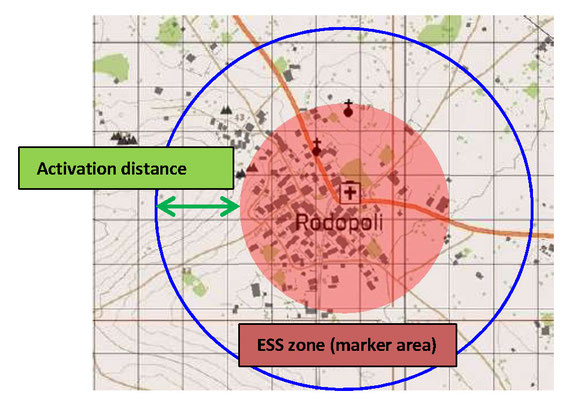 If you are interested, HERE you can download a document with a collection of procedures and scripts useful for an Arma 3 mission maker.

IT IS COINCEIVED AND WRITTEN IN ITALIAN. SO TAKE IT AS IT IS.